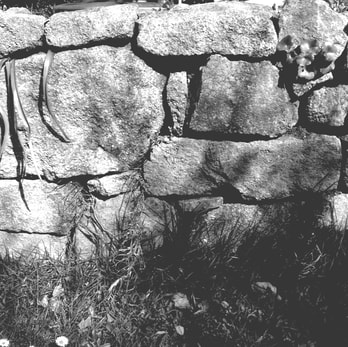 ​An Island Stonemason
​Following in a very long line of island stonemasons...

If you need a wall rebuilding or repairing, please contact me. 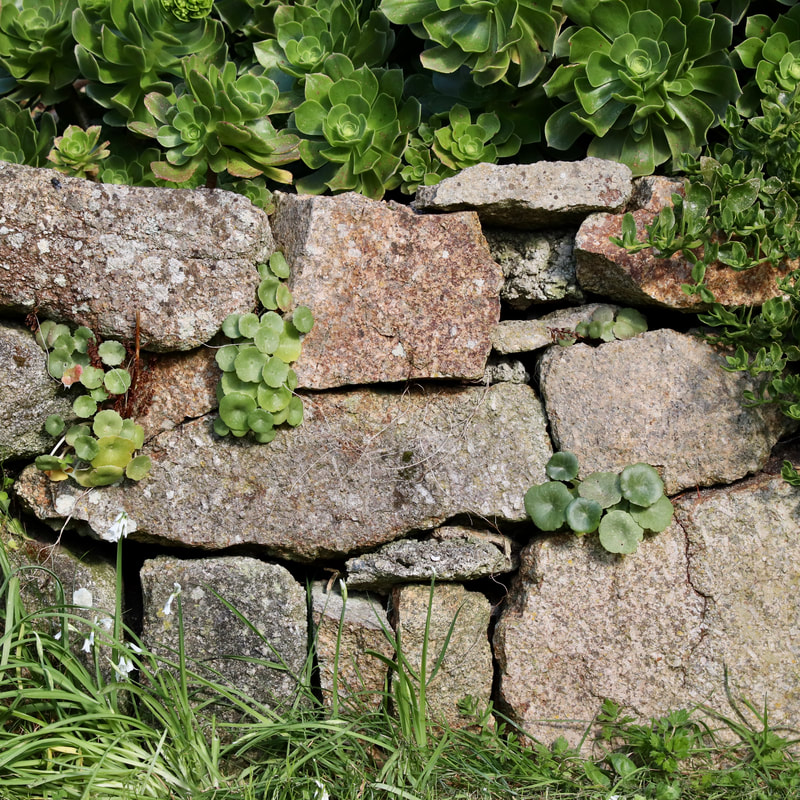 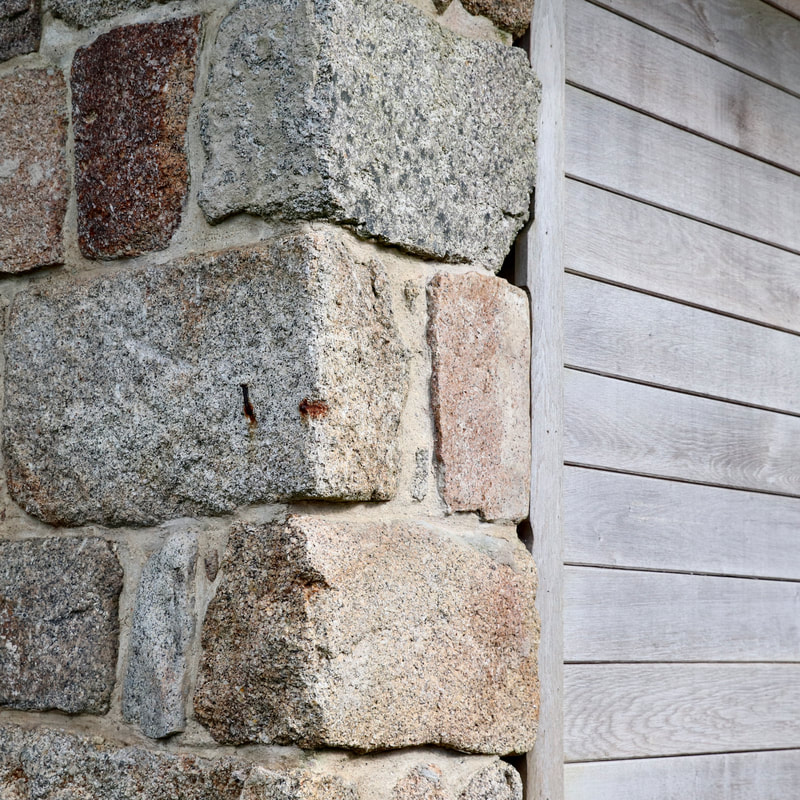 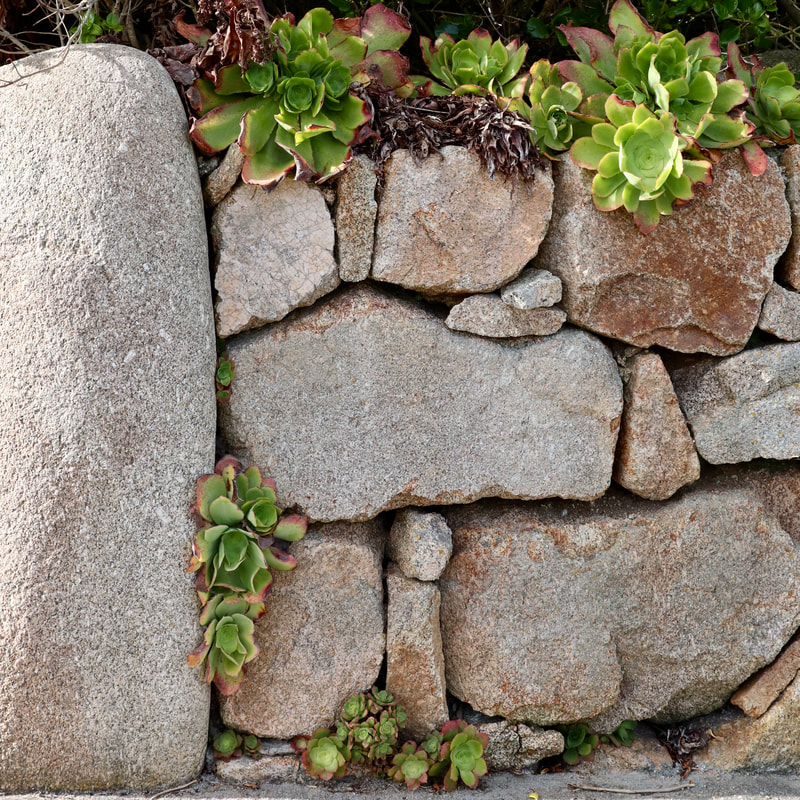 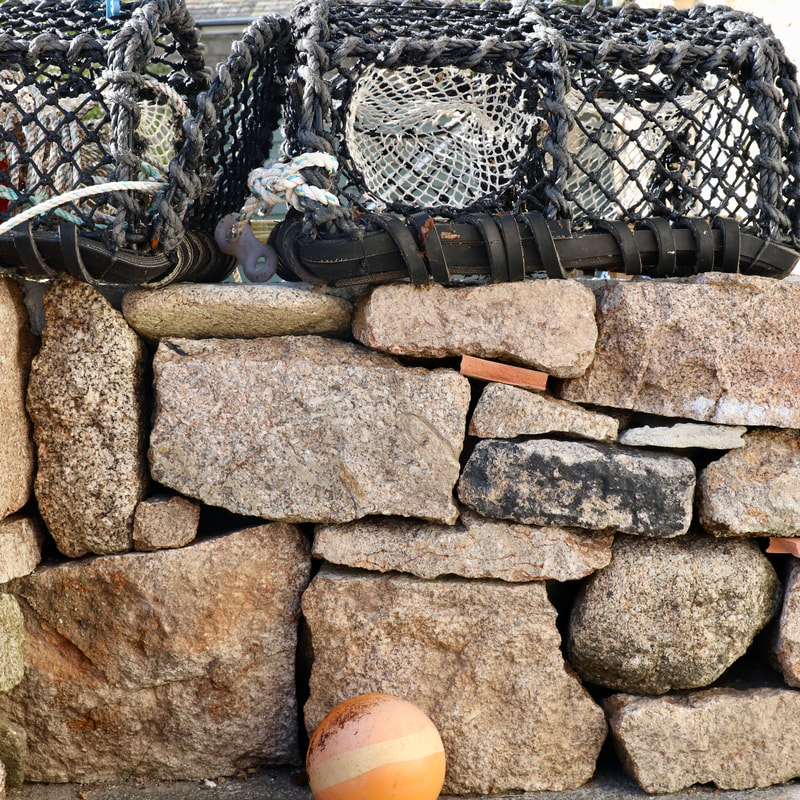 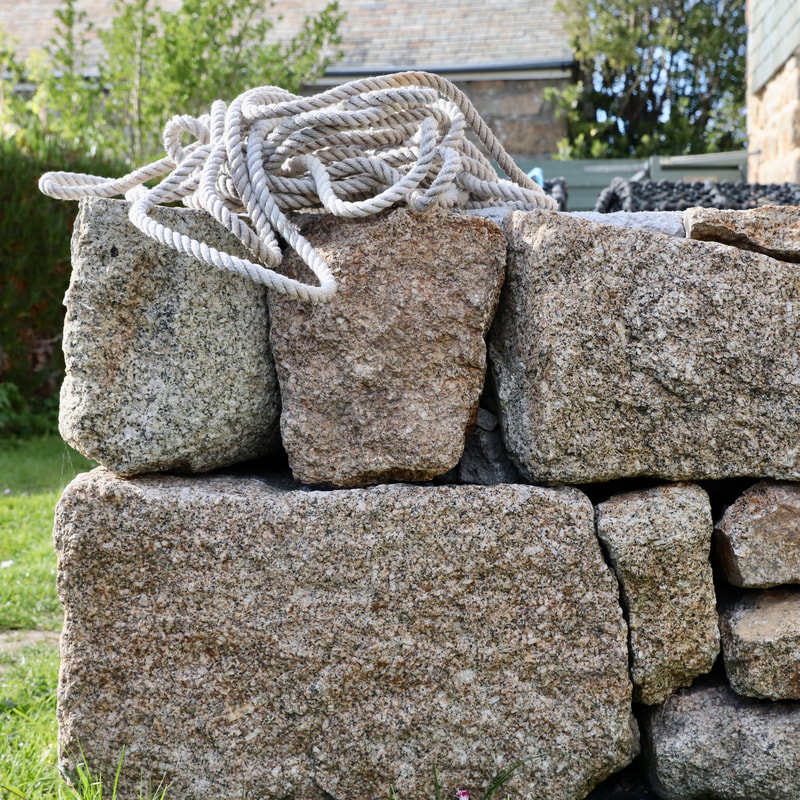 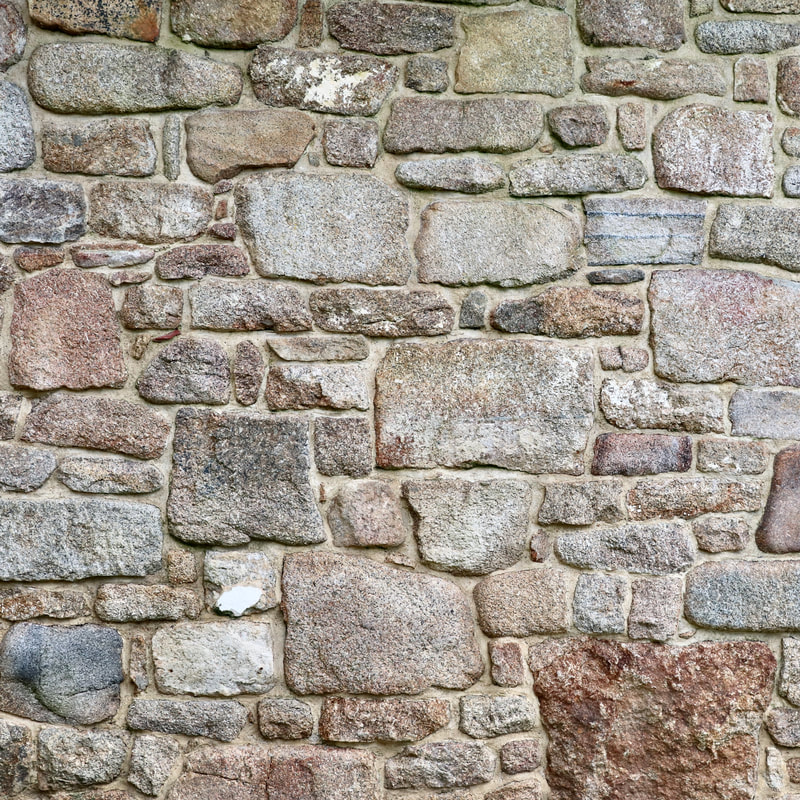 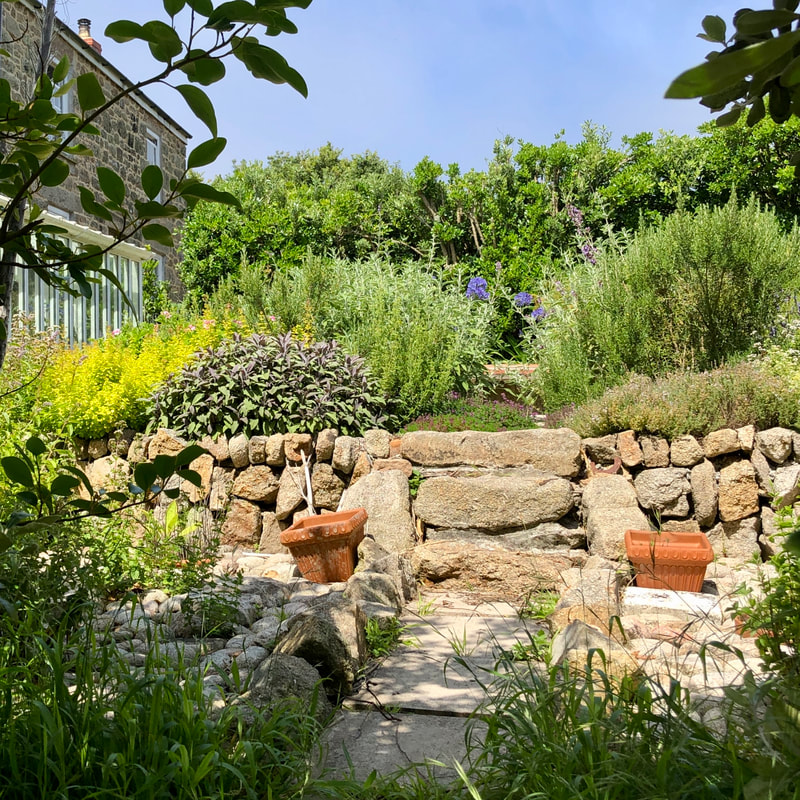 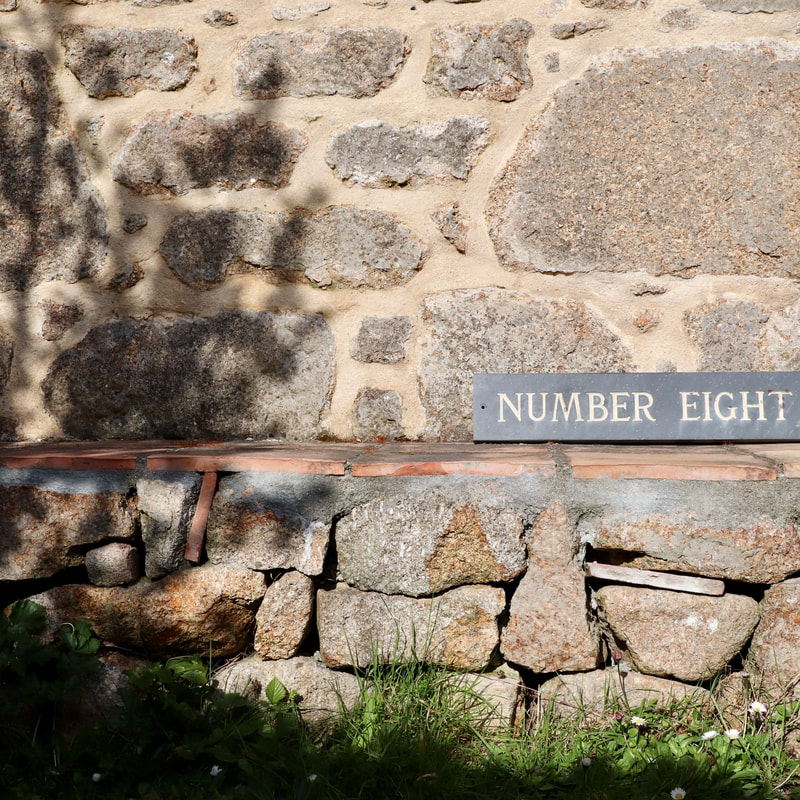 THE STORY...
"Something there is that doesn't love a wall,
That sends the frozen-ground-swell under it,
And spills the upper boulders in the sun;
And makes gaps even two can pass abreast."
ROBERT FROST (Mending Wall)
Humans on Scilly have been balancing rocks one on top of another since the Bronze Age. From the imposing four thousand-year-old entrance graves on Gugh, with their massive granite capstones, to the fragile piles of beach pebbles that spring up on White Par every summer like meerkats, stone structures speak of an instinct to build that is still with us.

I began making dry-stone walls fairly early on in my life on Scilly and I always find it satisfying. Like a 3D jigsaw puzzle blended with an element of chess (meaning that you always have to think several moves ahead) stonework blends the roughly physical with absorbing mental challenge. But I think it is the emotional link to generations of Scillonians that I feel when repairing a wall that is most powerful. It is hard to be certain of the intentions of earlier stone masons but I always feel at one with them when I'm moving granite around. Structures around the islands speak of a multitude of uses for stone walls - from burying the dead, to keeping the cows in (or out); from dividing the landscape into ritual areas; to providing sparse shelter for crops. Often enough, it is easy to imagine that a stone wall simply evolved as the most sensible by-product when clearing a field of stones in order to plant something edible.
​Rock music - a track featuring a sampled homemade lithophone, the stone equivalent of a xylophone.
(From the album Where To Now?)
​Around the country (and around the world, presumably) dry stonework has a different appearance and character, depending on many factors, including function, but most importantly on the stone itself. Many regions known for their walls yield shale-like stone that emerges from the ground already in the shape of bricks and locks together into nice neat tessellation. Scilly, by contrast yields uneven granite boulders rounded by the effects of wind and water over millions of years. Balancing and locking these stubborn rocks together is something of a challenge but yields stonework of a uniquely organic nature that fits into the land as if it grew there.

Whatever the various stone structures on St Agnes were intended for, the fact is that they are everywhere in the landscape and they speak to us of a powerful shared heritage that links the distant past with the present. From labyrinth to gig shed; from grave to enclosure, dry stonework forms part of the enduring vernacular of Scilly and it is deeply rooting and satisfying to have been responsible for some of it.
Humans on Scilly have been balancing rocks one on top of another since the Bronze Age... 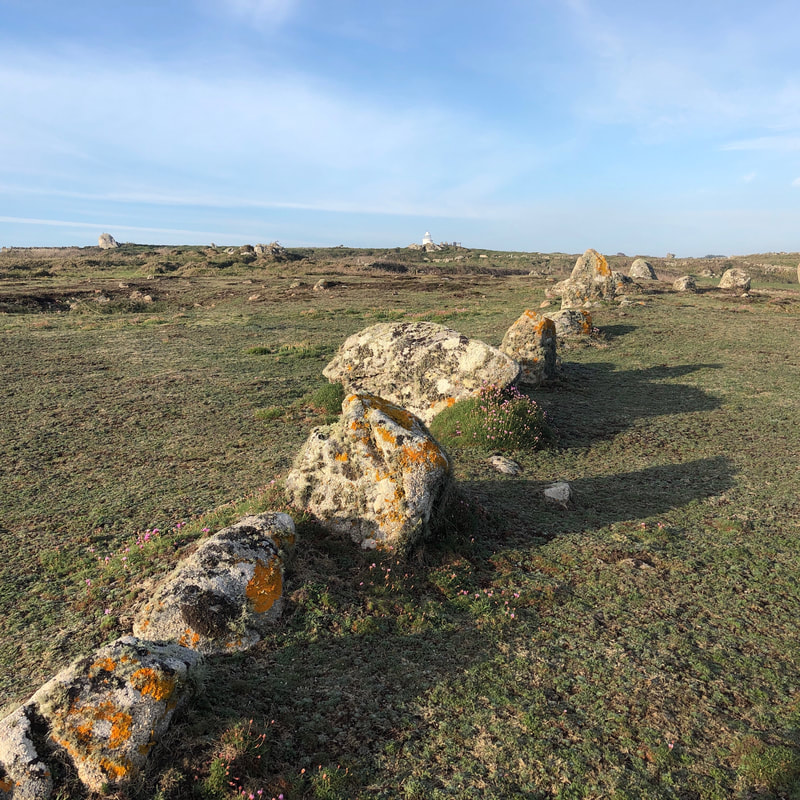 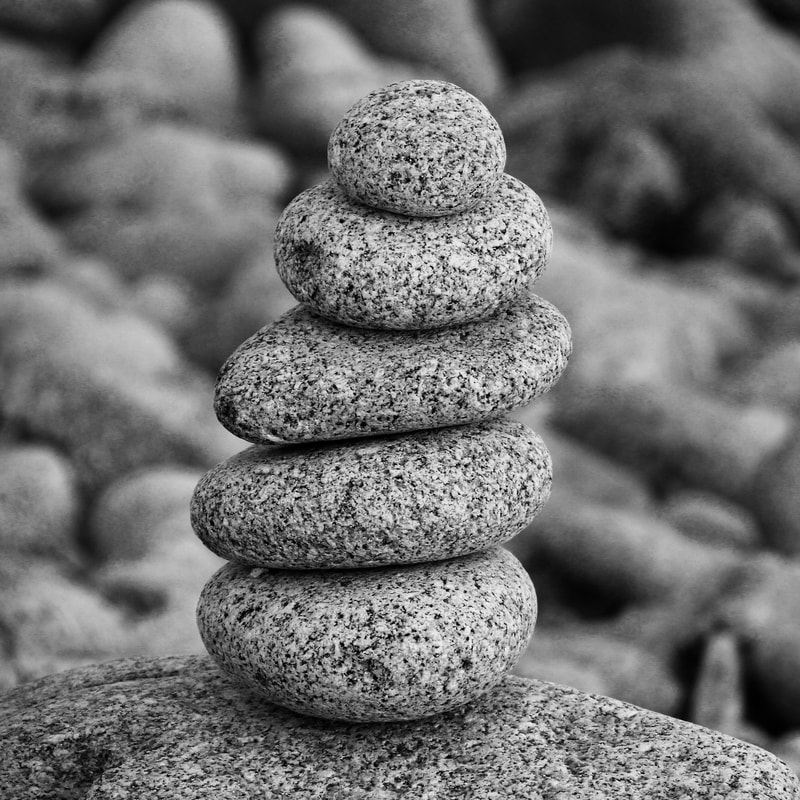 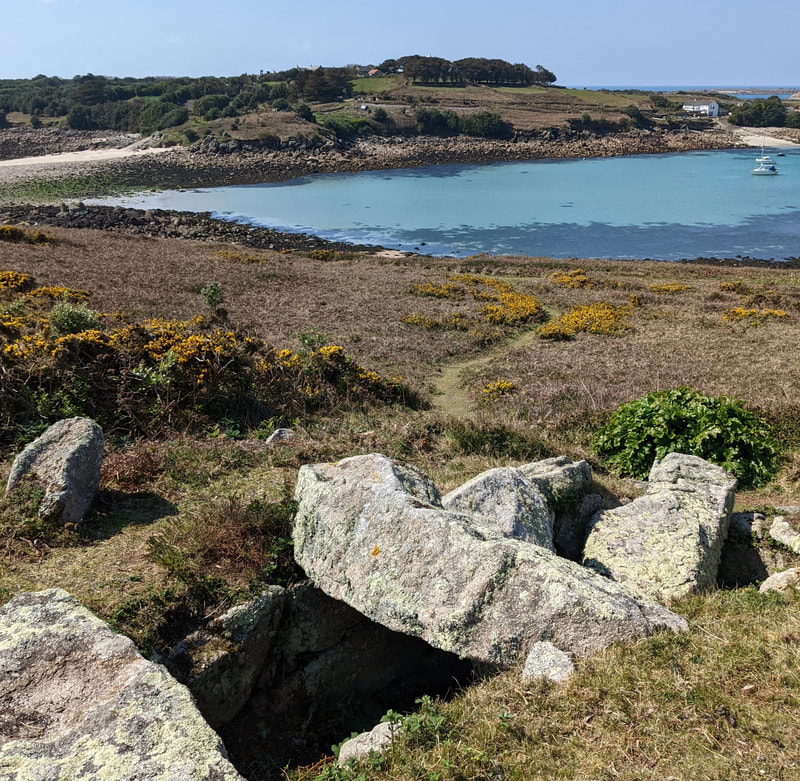 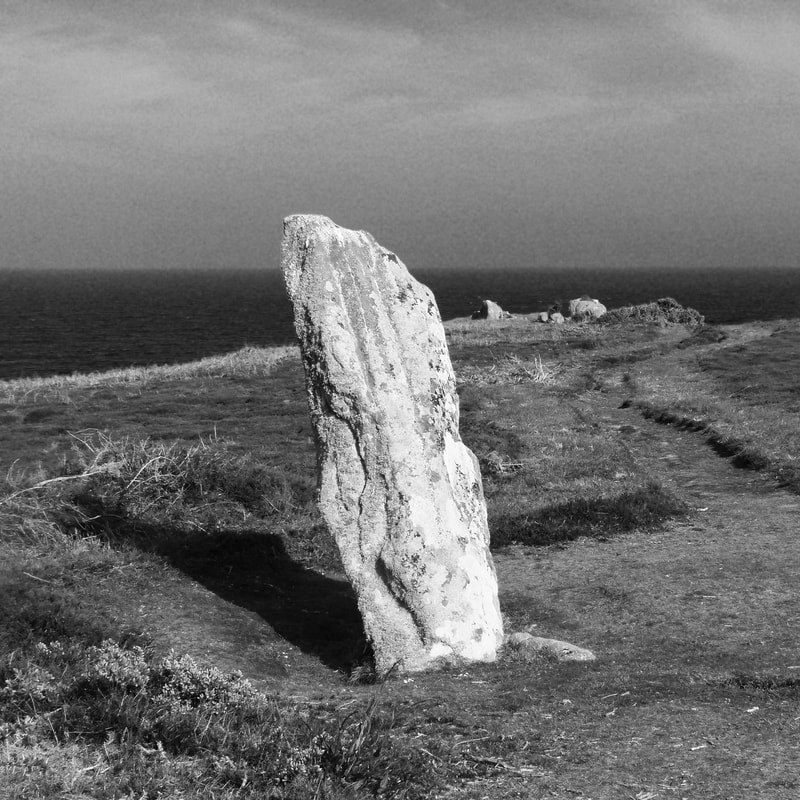 ​(And here - a different sort of structure - is a poem I wrote whilst rebuilding a wall on St Agnes...)

A drystone wall is built
In timeworn stages:
The syntax of stone
Dictates a structure
That all before me
Have followed too.

I gather my tools…

The biggest boulders
- The Grounders -
Growl and jostle
As they rub shoulders.
Setting their roots
As deep as teeth.

Then graded blocks
- The Building Stones -
Organise themselves to
The chiming hammer
And the child’s old
Instinct to balance.

Small, scrappy rock
- The Infill -
Clicks and chatters
Like ancient language,
When it’s tipped
From a bucket’s lip.

That heavy brown earth
- The Ram -
Binds all together.
It says at last that
Even this granite
Must accept decay.

It feels now as if
I’ve done this for ever;
Copying the forms
That house the dead
And bound the living;
Betting toil and sweat