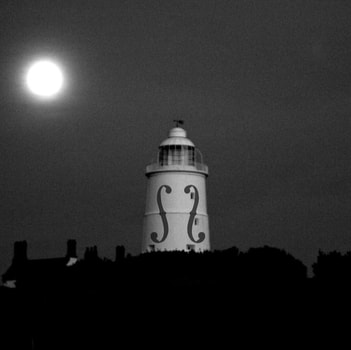 ​An Island Musician
An island musician's mission to create a recognisably Scillonian sound...

To browse and buy music inspired by Scilly - composed and recorded on the islands - please visit the Shop. 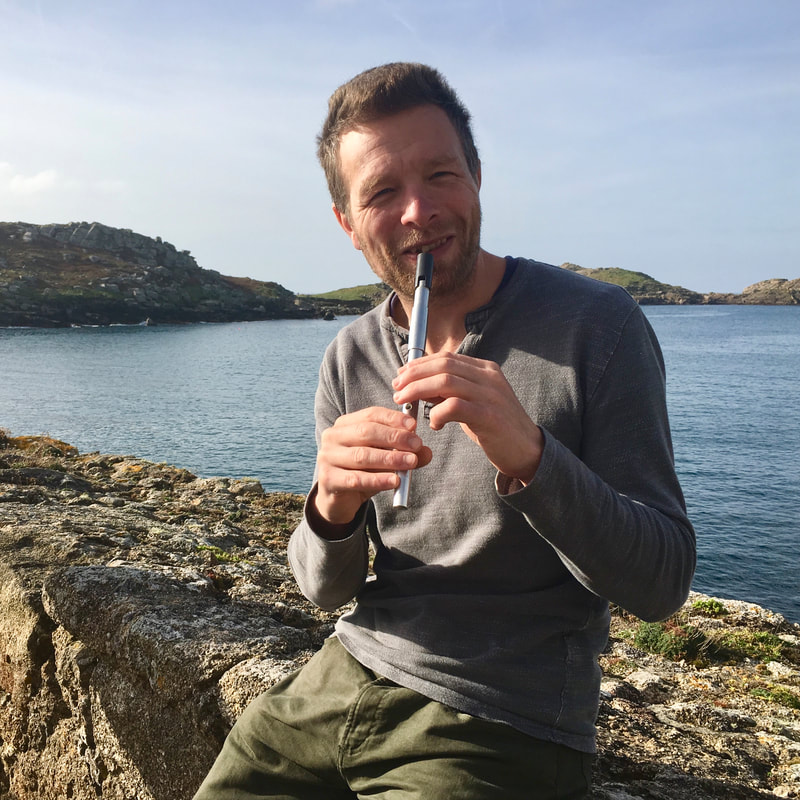 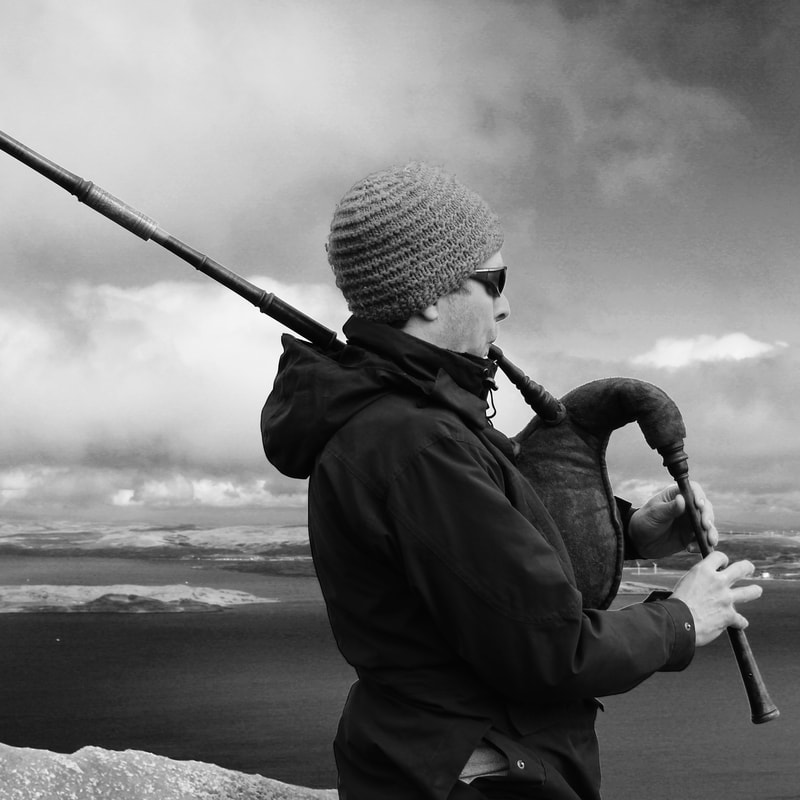 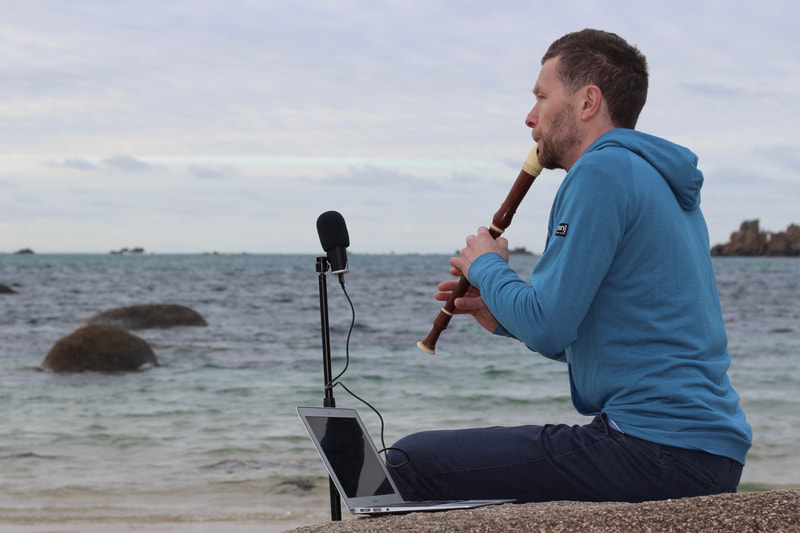 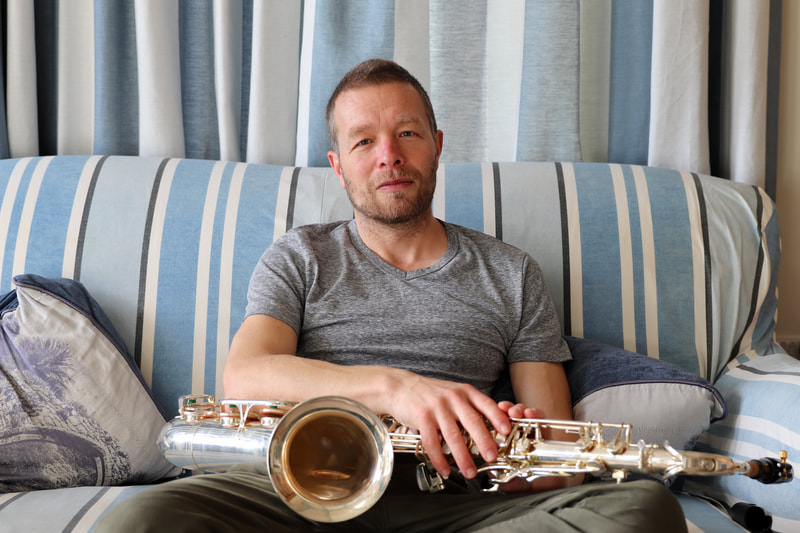 ​THE STORY...
"Be not afeard. The isle is full of noises,
Sounds, and sweet airs, that give delight, and hurt not."
​WILLIAM SHAKESPEARE (The Tempest)
As a musician living on the remote island of St Agnes, I am struck every day by the clarity of the sonic landscape. We all are used to the threat of atmospheric pollution and the harm that this can cause us, both physically and mentally, but the idea of noise pollution is less prominent in our thought and worries. Yet the constant bombardment of grating and stress-inducing sounds in many parts of the world - traffic, sirens, aircraft, heavy machinery - must surely be having an impact on our wellbeing. After all, we cannot shut our ears even when we're asleep - and a very useful attribute this must have been for our ancestors who needed at all times to be alert to tiny sounds of danger in order to survive. But this same sensitivity is positively harmful in the modern clamouring world where our flight/fight response is continually triggered by unexpected sounds.

The soundscape of St Agnes is as pristine and unspoilt as its landscape. The natural sounds of sea, birds and wind are at the heart of a timeless audio background that predates the presence of our own noisy, jarring species. On the days when there is no wind and the sea is calm, the silence is breathless and almost physically palpable. There is space in the airwaves to really listen and notice. Not that there isn't manmade noise, of course - but the comparatively gentle sounds of a tiny community going about its daily business serve to provide a complementary layer of narrative in the soundworld of Scilly.
A musical taste of Full of Noises - promo video for the album 'en plein air'...
(film by Tom Dyson)
In my quest as a composer to 'set the island to music' I have tried to ensure that the natural soundscape is at the heart of my work. I have spent considerable time collecting field recordings of all aspects of noise on St Agnes, pointing my fluffy microphone at everything from the roaring sea, to clamouring gulls, to obstinate cows. (It's surprisingly difficult to get a cow to moo on demand.) The farmers and boatmen of the island give me funny looks if they walk past as I am deep in a hedge with my headphones on, concentrating intently on birdsong or glaring at an obstinately silent brown-eyed Jersey.

Back in my studio, these field recordings coalesce into musical form, enriched by ambient instrumental textures and a sense of narrative. I am inspired by the best of ambient electronic music (Brian Eno, Nils Frahm, Boards of Canada, etc.) as well as by stylistic aspects of the fiercely powerful traditional Celtic music of neighbouring Cornwall. My aim is always to use as sensitive a touch as possible in allowing the islands to speak for themselves and my hope is always that the distant listener will be transported here by the music.
A track from the album Tresco Sound... 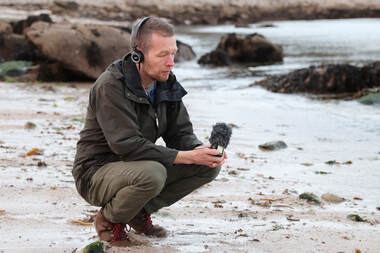 ​Please click on the Full of Noises album artwork below to browse and buy: 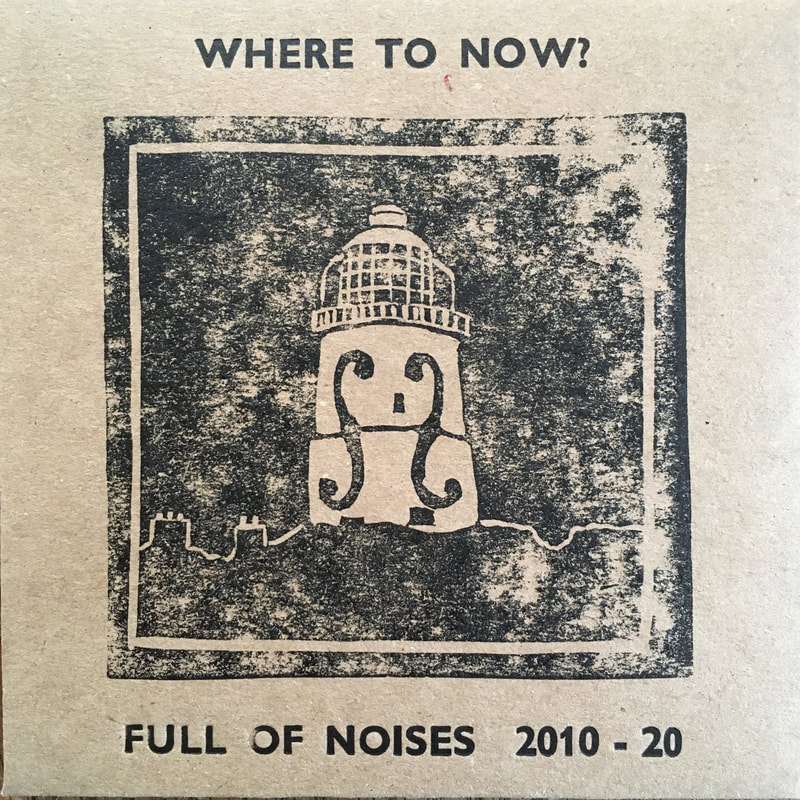 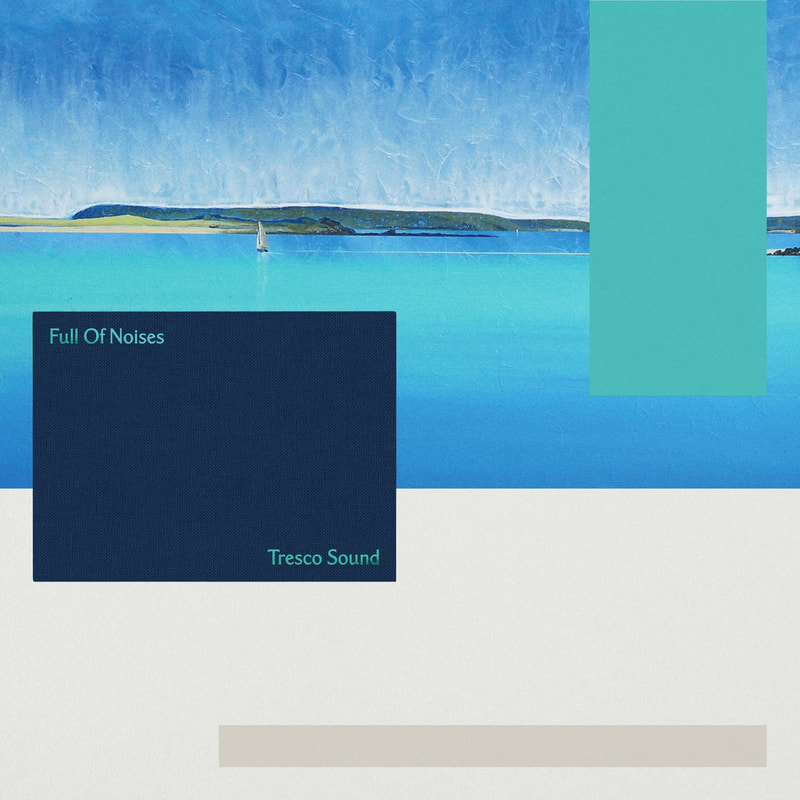 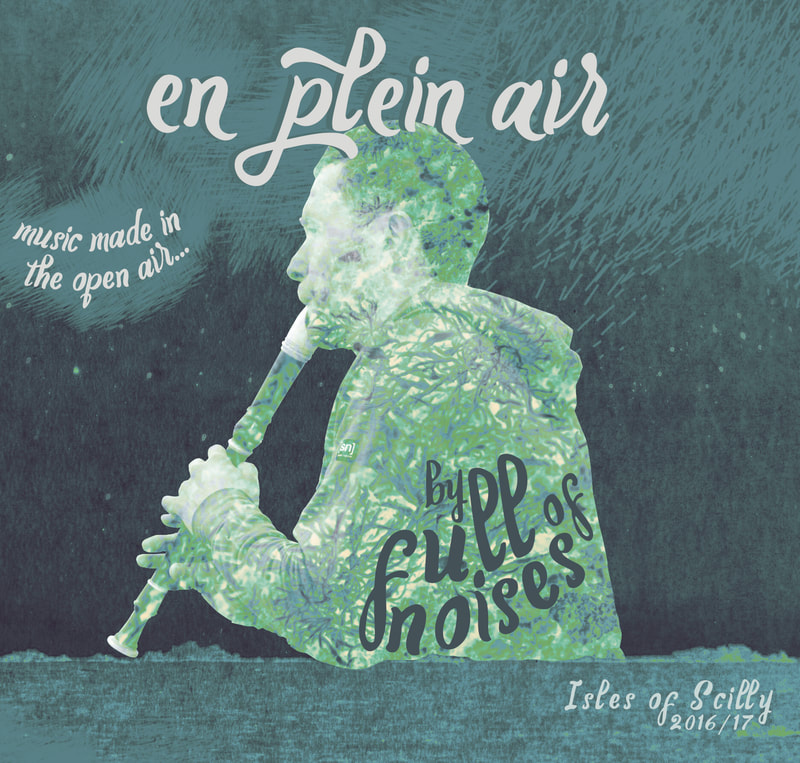 en plein air - music made in the open air 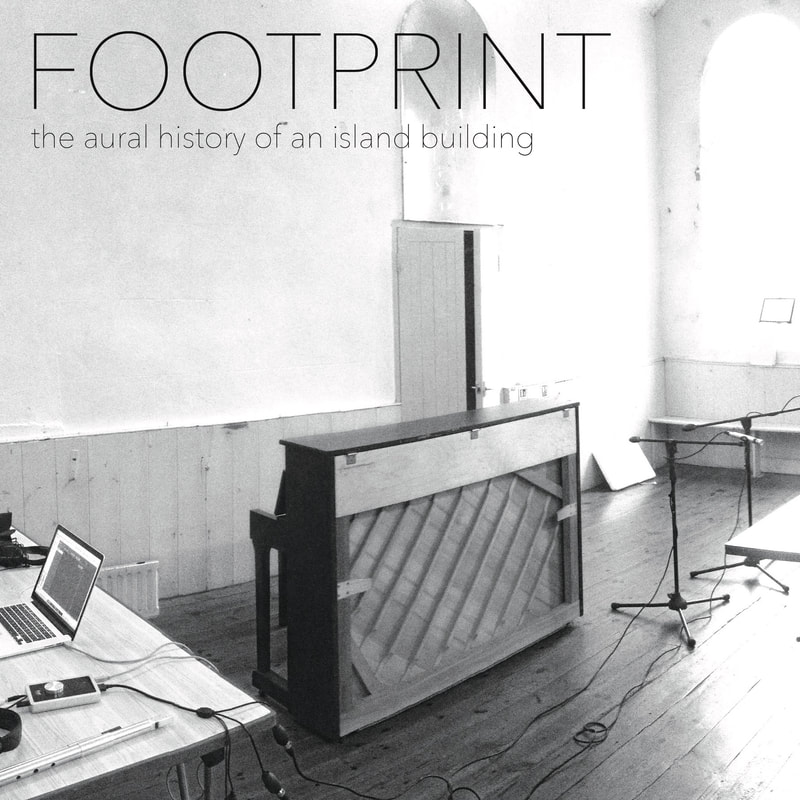 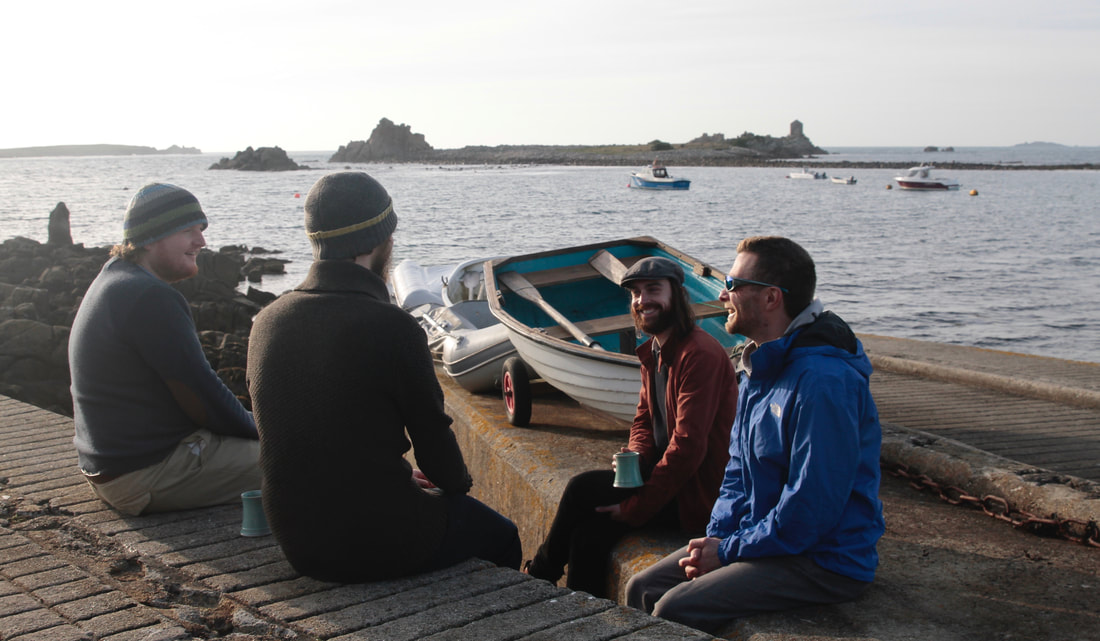 These supremely excellent humans were there at the very start of my interest in creating 'an island music'. This project to make a sound world that is identifiably Scillonian has forged incredibly strong links both between us as musicians and friends, and between us and the island itself. Over the last decade, we have been dedicated to writing, recording and performing a body of music that is both authentic and evocative of place.
Evocative of place: Conger Reels (named after Per Conger) 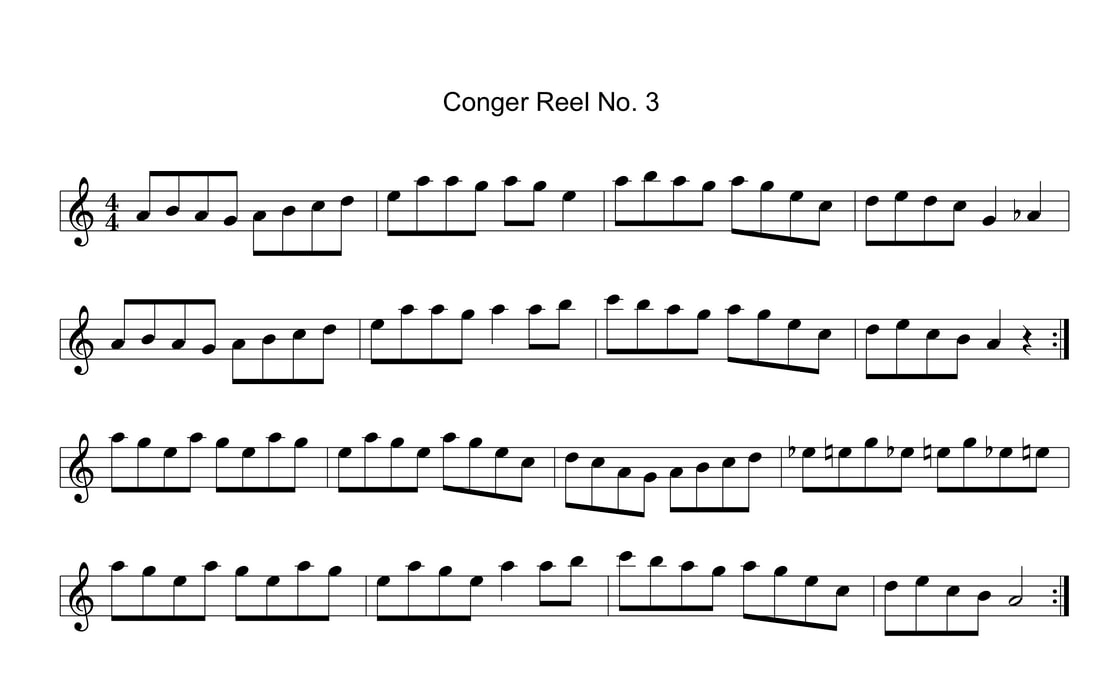 Please click on the album artwork below to browse and buy, or visit www.roughislandband.com 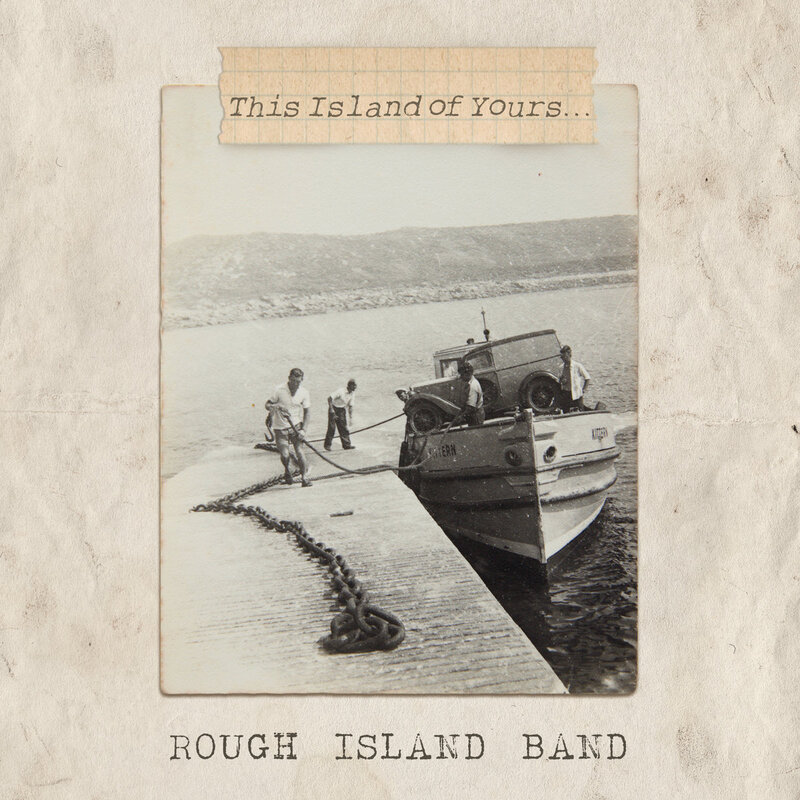 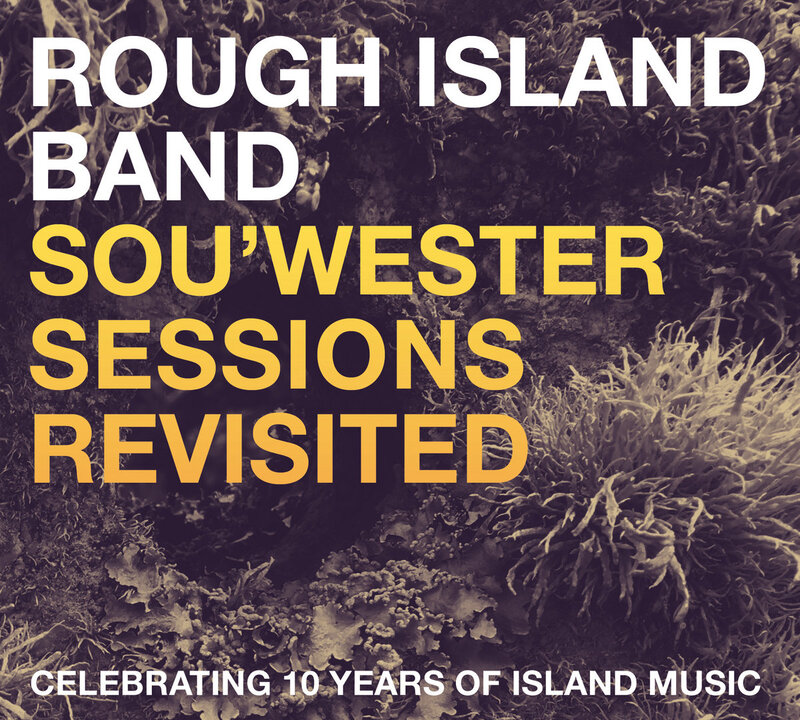